The American Cancer Society recently released its latest report with a variety of cancer-related facts and figures, including insight into the latest discoveries around bladder cancer. Overall, the new data suggests progress in reducing cancer-related deaths.

If you or a loved one has been diagnosed with bladder cancer, there are several key takeaways from the American Cancer Society report. We've compiled some of the most important findings for you.

One of the biggest findings from the American Cancer Society's report is that cancer-related deaths are seeing a downward trend, declining by 29 percent between 1991 and 2017. This is largely attributed to a decline in widespread smoking — the leading risk factor for numerous types of cancer, including bladder cancer. A decreasing number of cancer-related deaths is also the result of improvements in early detection and treatment methods, allowing for intervention and recovery before cancer becomes fatal.

Bladder Cancer Fatalities on the Decline

According to the report, bladder cancer-caused deaths are also displaying a downward trend. Urinary bladder cancer mortality rates have been declining consistently since the 1970s, with a mortality decrease of around 0.3 percent per year between 2008 to 2017.

A Lack of Early Screening Methods

While high-risk cases can access a number of screening tests, there remains a shortage of recommended methods for screening those with average risk. This is an important note, as the report indicates that early detection has played an important role in declining cancer mortality rates.

According to the American Cancer Society, surgery is used in over 90 percent of bladder cancer cases. The exact surgical method is on a case-by-case basis. Some treatments include immunotherapy or chemotherapy administered directly into the bladder; other advanced cases call for the bladder to be removed entirely. When bladder cancer is diagnosed and treated before the tumor has spread beyond its original layer of cells — which occurs about half of the time — the five-year survival rate is 96 percent.

A Note About Statistics

It's important to note that the most significant and hopeful statistics from the report — namely, the 29 percent decrease in deaths caused by cancer — refer to cancer as a whole. This includes all types of cancer and doesn't represent the decrease found in bladder cancer specifically. The most dramatic progress we can see is in the decline of the most common forms of cancer.

Statistically, this makes sense — the most widespread cases receive the most attention and research funding. Bladder cancer is less well-funded, leading to less research and fewer treatment methods.

What do these findings indicate for the future of bladder cancer research, funding, and treatment? Good news we hope. Several new drug treatments have been FDA approved since 2016, indicating a growing funding pipeline for a disease that's traditionally received less attention than other more common cancers. A growing community of dedicated advocates and researchers are also giving bladder cancer patients and families more of a voice.

Despite positive signals, the findings outlined by the American Cancer Society's latest figures cannot mitigate the fact that bladder cancer patients still face numerous treatment obstacles that extend beyond limited research and funding. These challenges include, among others: deciding if and when to have their bladder removed, chemotherapy and radiation side effects, BCG toleration difficulties and post-op complications. While recent treatments are promising, these obstacles remain.

If you or a loved one feel alone in the face of your diagnosis, know that you're not the only one. The American Cancer Society research estimates that in 2020, there will be more than 81,000 new cases of bladder cancer. Whether you're concerned about a potential diagnosis, currently facing bladder cancer treatment, or in remission and on the lookout for a recurrence, there are a large number of people across the U.S. who are in the same position. Organisations like the Bladder Cancer Advocacy Network (BCAN) provide valuable support.

Learn How Cxbladder Can Help

Each year, thousands of Americans take invasive and sometimes unnecessary tests in order to detect bladder cancer. Cxbladder provides a cutting-edge, painless and easy-to-use alternative. This clinically validated, genomic urine test is designed to detect and diagnose bladder cancer in a non-invasive manner.

Our tests are highly accurate and simple to use, with three test styles designed to support patients at different stages of the bladder cancer journey, from early detection to post treatment surveillance.

Explore our website to learn more about Cxbladder. If you have any questions, please feel free to reach out for answers today! 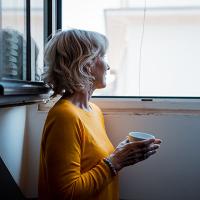 Can Recurrent UTI Symptoms Be a Sign of Cancer? 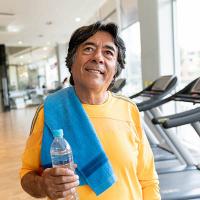 Why Water is Essential for Bladder Health 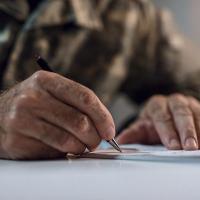 What To Ask Your Doctor During Your First Appointment 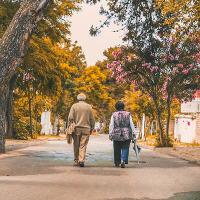